Take Control of Your Future with The Smarter Divorce

A Smarter Divorce – Denver, Aurora, Boulder and across Colorado

In Colorado, property division matters associated with a divorce are governed by the doctrine of equitable distribution, which states that property and assets must be split in a fair, but not necessarily equal, manner. Arriving at an equitable way to divide assets can be a complicated process, and it can potentially result in hotly contested disagreements between spouses, in part because there are a lot of emotions tied up with marital possessions.

At Split Simple, we can guide you through the difficult process of resolving property division issues. We do this through a calm, professional mediation process that is designed to achieve the goals of both spouses. Our attorney-mediators understand Colorado’s equitable distribution laws, and we can help you negotiate a split of marital assets that is fair for everyone involved.

If you live in Denver, Boulder or any other Colorado community and you want to learn more about how we can help you resolve your divorce through mediation, please call Split Simple today at (855) 665-9920. 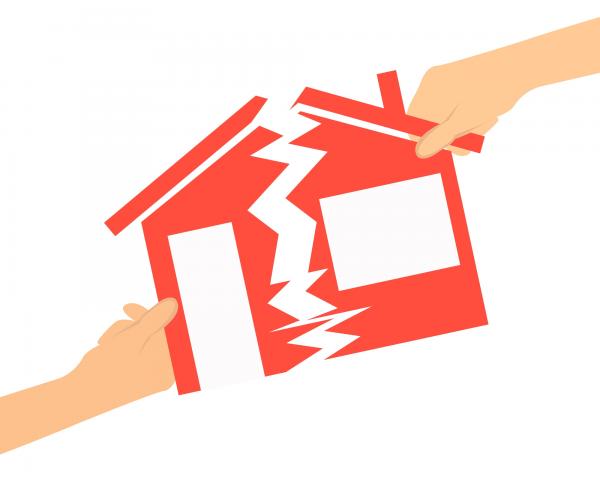 Contrary to some popular perceptions, property division during a divorce does not entail dividing up the value of every single asset both spouses own. Colorado, like most states, recognizes a distinction between marital property and separate property.

“Separate property” can be roughly defined in two ways:

By contrast, marital property includes any property, assets or debts acquired after the marriage, even if the property in question is used solely by one spouse.

According to Colorado’s equitable distribution laws, separate property is exempt from the asset division process and will remain with the property’s original owner. On the other hand, all marital property and assets will be split between both parties, even if one spouse is the sole title holder to the property.

As you can imagine, these determinations can quickly get complicated, especially for couples who comingled many of their assets (think a joint bank account). This is one of the reasons why do-it-yourself divorce is such a bad idea for so many couples.

Our attorney-mediators have seen all sorts of convoluted comingled financial arrangements. We know how to untangle the threads of a marriage’s finances and make a determination as to what qualifies as separate vs. marital property. This will ensure your property division agreement earns a judge’s approval and treats both parties fairly.

As we mentioned earlier, it’s important to remember that equitable distribution doesn’t mean equal distribution. In some circumstances, asset division will be determined based on the contributions of each spouse. This is especially true when one spouse owns a business.

However, there are certain marital assets which are typically divided equally between each spouse. These include:

At Split Simple, our attorney-mediators know how the court rules in these cases, and we can guide you towards an agreement that will be fair for both parties based on state property division laws. For equitable division of assets in Denver, contact our divorce mediators at (855) 665-9920