How Long After A Divorce Can You Remarry In Colorado? 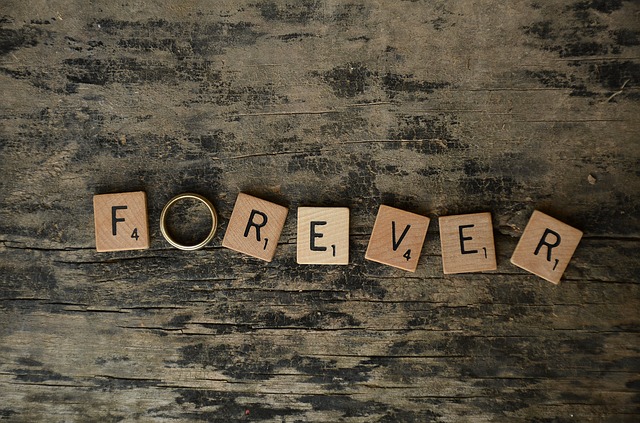 Most Divorces Start With A Separation (An Uncontested Separation): Many people who are going to be getting divorced start by mutually agreeing to separate their living arrangements. This is the phase where they have separated their personal lives and agreed that a permanent separation of lives is a right next step for them, yet have not gone through all the final paperwork of making the separation legally official yet. Most people in these situations will live separate lives and live in separate homes. At this stage of planning a separation is about separated as you can get without having finalized the actual separation process.

Despite living separate lives in separate homes, it’s important to remember that in many states you are not “legally separated” until you go through a very specific procedure. Oftentimes, a Denver divorce mediator can help you figure out how to go through the “separation process” in accordance with the rules in your state, in this case, that state is Colorado.

Separation Is Different From Divorce:

Being legally separated often will require people to go through a similar process as getting an actual divorce would require. You will both have to create a settlement that a judge will have to approve for the separation to be legally binding. You will have to settle certain issues in that settlement and that will include things like:

Why Do People Choose Legal Separations?

Sometimes, people will choose legal separations as it can help their unique, legal financial situation. These situations will generally include specific insurance policies or benefits plans that are part of their financial planning. If many couples actually divorce, those plans or benefits will not apply as they would if the couple were to just legally separate instead.

However, if you want to get remarried in the state of Colorado, you will have to change your legally separated to “divorced” (it’s a pretty straightforward process to complete through paperwork) before you can legally marry again.

Whether you are legally separating or divorcing, it’s a good idea to have a lawyer involved in your split as they can ensure that both parties are treated fairly and that you are each getting paid what you are owed. Diving assets equally between both parties as is dictated by the law can be a tricky process. Alimony lawyers can help guide you through that process. It will make it much easier to sort through all the tensions that are likely to exist about paying alimony or spousal support after a legal separation.

Here at Split Simple, our goal is described in our name. We will strive to make your separation or split more simple by offering straightforward information on all of your legal matters. Moreover, our alimony lawyers understand the Colorado laws that must be followed, yet we understand that separation and the alimony following can be very psychologically-sensitive topics and we are prepared to handle these issues sensitively and tactfully while providing you with the straightforward answers you need to move on with your life.

What Are The Laws & Regulations In Colorado Surrounding Divorce?

When you are filing all the paperwork for a divorce you can expect to pay about $195.00 in fees to file it. Once that paperwork is filed the finalization before the actual legal process will begin.

When it comes to awarding alimony, Colorado is purely a “no-fault” state, meaning that if the actions of either person in the marriage were thought to have caused the separation and there were issues involved with anything such as drugs, adultery, etc. that will be taken into consideration when dividing people’s property, money, and assets.

The only grounds for divorce in Colorado is an”irretrievable breakdown” of a marriage. This says that the couple has tried everything to save their marriage, but that they just can’t get along.

How Do Courts Divide Property Within The State Of Colorado?

When handling a divorce in Colorado, the state uses the following as criteria for how they divide the couple’s property if the couple can’t come to a mutual agreement on how to do so:

From that point on, all joint property is handled according to the following criteria and when taking the following into account:

How Does The State Of Colorado Determine Who Owes Alimony?

When determining who will be paying alimony to the other, the state of Colorado will consider temporary alimony for a spouse if one of them was working or was underemployed at the time of the separation. The Colorado law does allow spouses to agree on what their alimony payments should be to each other and come to a mutual, settled agreement on the division of their assets.

If the spouses cannot agree on what is a fair division of their assets, then the judge will step in and help decide it for them. The judge will use several criteria in determining who owes who what assets, including the following:

Based on these factors, the judge will come up with what a fair alimony payment is deemed to be.

How Long After The Divorce Is Finalized Does Someone Have To Wait To Remarry In Colorado?

Once a Decree of Dissolution (a divorce) is entered by the Court a person is free to marry as soon as they would like to do so.

Like other states, Colorado allows both spouses to share information at the trial, which is called the “discovery” of information. This also includes serving the party with other information based on their requests for written documents. “Interrogatories” are the most common discovery tool as they are set up to allow each party to ask questions to garner further information from the other party. Lying during an interrogatory is also lying under oath which can have serious legal consequences. All parties must be forthcoming as possible.

When spouses can’t agree, they will proceed to a “Permanent Orders” hearing which means that they will be going to trial. These trails can often run for long periods of time and can be very costly to go through. In some cases, spouses will come to an agreement on terms before the entire trial is over, but if the trial does go through, in Colorado a judge will hear both sides of the divorce and they will make a decision for the couple based on the information provided.

For more information on how long you have to wait to get remarried after a separation within the state of Colorado, please feel free to contact the the supported spouse’s age, health, and financial resources

Previous Post « What Is The Divorce Separation Process In Chicago?

Next Post Meeting With a Divorce Mediator: 5 Important Questions to Ask »