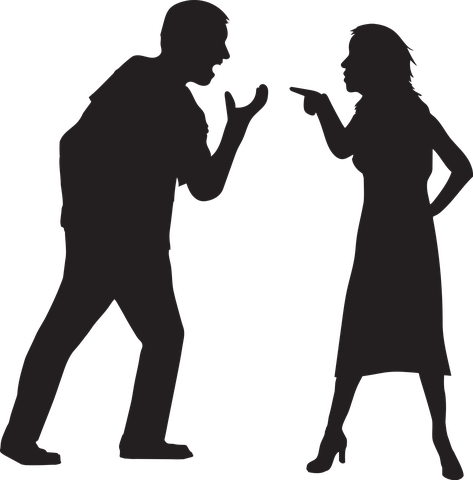 Whatever they did to you, and however justified your anger may be, the smartest thing you can do now is to seek divorce mediation in Denver. Don’t try to ream them for everything they’re worth. Don’t try to smear their name through court, take all their money, and deny them 100% access to your kids. At least not right away. Why? Because TV has led you wrong about the right way to handle betrayal, anger, and divorce.

If you want the best possible outcome for you, and your kids if you have any, a Denver divorce mediator is actually better equipped to do that than two opposing lawyers or a courtroom judge. The reasons why come in seven definitive answers.

1) Courtroom Divorces Take the Control Out of Your Hands

If you take your divorce to the courtroom, you are putting the final decision-making power into the judge’s hands. Not your own. The judge you are assigned is the person who will make the decisions about your finances, your property, and custody of your children. You do not want your divorce to wind up handled in a courtroom unless you really truly need law enforcement to protect you in addition to arranging a divorce.

Otherwise, the loss of control in all the most important decisions simply isn’t worth it. This is why most couples, even fighting couples, opt for an uncontested divorce in Denver where the terms are worked out and approved by lawyers before the divorce is submitted to the court for finalization. Because if you ask a judge to make decisions, they might just rule against you. Which leads us to our next point.

When you are very angry about your spouse’s behavior, this is a bad time to make your first impression in front of a courtroom judge. Not only might the judge rule more fairly in your spouses favor than you might like, but your spouse could all-too-easily spin your rage at them into the idea that you are a reckless, angry, or even abusive person all the time.

Going to divorce court angry is a good way to lose the sympathy of the judge even if you are the person who was wronged in the marriage. Being seen as an angry, uncontrolled person can lose your credibility in negotiating for your business holdings and properties and, most importantly, for custody of your children.

3) Your Anger Can Blind You During Lawyer vs Lawyer Negotiations

Then there are lawyer-versus-lawyer negotiations. In a traditional uncontested divorce in Denver, the conflict happens before the courtroom where both spouse’s lawyers negotiate for the best interests of their clients. This can be vicious, elongated, expensive, and your anger may still be used against you. Not in the same way, but you may ask for too much of one thing while forgetting to protect yourself in other critical ways in the negotiation. And your lawyer may allow this to slip through the cracks so that the final agreement is not actually something that is beneficial to you in the long run.

4) A Mediator will Hear Out Why You Are Angry, a Judge will Not

Judges listen to whatever they ask to hear and whatever they care to listen to, then make their decision. This is their right when you bring your divorce into the courtroom. Your lawyer in an adversarial negotiation will listen to you, but the other lawyer will argue blindly based on whatever your spouse told them. Neither approach is necessarily fair in the context of the divorce, or who wronged who in the marriage.

In divorce mediation, the mediator will listen to your reasoning all the way through, then listen to your spouse as well. Both parties will be heard out and the situation will be weighed as it happened. If certain events are relevant to the divorce terms, they may ask for additional evidence or seek appropriate recompense in the terms. If your spouse stole money from the relationship before the divorce, for example, a Denver divorce mediator can help you balance the finances so you do not financially suffer for these wrongdoings after the divorce.

5) A Mediator Can Handle Spouses Who Tell Lies During Divorce

Some spouses tell lies during divorce. It is a sad but incredibly common practice that is made worse by the idea that slandering the other party will get that spouse a little something extra or create a little extra pain from the divorce. In a courtroom, slander and lies can be dangerous because they legally have to be investigated if they concern a child’s safety or crimes.

But at the mediation table, you can trust a Denver divorce mediator to know all about divorce lies and judge the situation as it is. If you were the genuinely wronged party and your spouse is a notorious liar when cornered, mediation can be your best chance at a fair hearing-out and settlement. Otherwise, your spouse could simply lie in court or lie to their private lawyer to try and turn the divorce terms against you.

Divorce mediators are careful and even-handed. Just as you will need to calm down to say your piece, your ex’s lies will not be given credence if they are clearly false or spoken only to hurt you.

6) Divorce Mediation is Better for the Kids

Lawyers fighting each other over a prolonged period of time is known to be bad for children. Lawyers can, in fact, drive conflicts between divorcing spouses to a fever pitch that bleeds out into anger and unhappiness at home. Courtroom divorces are also known to hurt children, sometimes forcing kids to get on the stand and testify for or against a parent when they love them both and don’t want to have to choose or get involved in the fight.

A mediated divorce, however, keeps the entire business both calm and behind the closed doors of a mediation conference room. Your children don’t have to be present and you won’t have lawyers calling to talk about fighting terms. Instead, the Denver divorce mediators will be there to keep everyone calm, hear out each side, and write up the most practical terms including what is best for the children.

When your divorce is decided calmly and filed as uncontested, your children can deal with the aftermath of your separated marital life without having to be a part of the fight.

We mentioned earlier that being angry can cause you to overlook things in a divorce negotiation with lawyer-vs-lawyer proceedings. This is true. You might, for example, be so caught up in getting the house and the kids that you miss that this could leave you in a financial pit without additional finance-separation planning. And your lawyer might let that happen, assuming you only cared about the house and kids.

But a mediator won’t overlook that sort of thing because their job is to build a divorce that is survivable for everyone. So you want to rake your spouse over hot coals and take everything. Okay. But your Denver divorce mediator will make sure that you don’t ruin yourself at the same time. And, incidentally, that your spouse has enough left to be the co-parent your children need.

Hurt is often the central cause of divorce. And depending on what created that hurt, you may have every right to be lividly angry. But don’t let that anger cause you to make reckless decisions in your divorce that can hurt you and potentially your children in the near future. Don’t take your divorce into a courtroom where the judge may misunderstand your anger. Don’t bring your anger to a private divorce lawyer who will fan the flames for a lengthy, vicious negotiation.

When you are most angry, when you feel most hurt, that is when divorce mediation is the best decision you can make. The Denver divorce mediator will ensure that your pain doesn’t cause you to overlook important terms that will shape your life in the future. And they will help you sort out practical decision or spousal lies from the best divorce terms for you in the long run. Contact Split Simple today to help navigate your divorce mediation today!

Next Post Help! My Divorce Documents Were Rejected – Now What? »